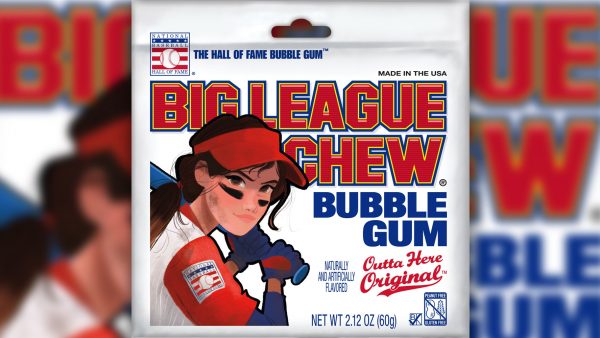 Big League Chew, has always used male athletes on their packaging dating back to 1980 when the company launched it’s beloved chewing gum.

Over 800 million pouches have been sold dating back to 1980 and now the company has made a historic update. For the first time in the company’s history, it will now feature a female softball player on the cover of their pouch.

The female character, according to Ford Gum (Big League Chew’s parent company), was created by Amanda MacFarlane, a freelance character designer, who also happens to be the daughter of former Major League shortstop Bobby Bonner. She drew inspiration from her niece who plays softball currently.

The gum is already available online and is expected to roll out to other retailers in late spring.