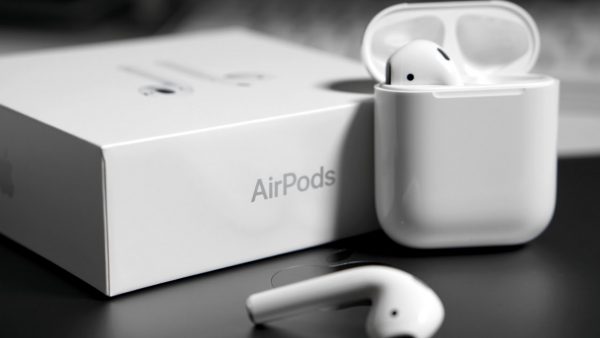 Back in December when I was trying to find these for my daughter for one of her Christmas presents, the Apple AirPods were sold out just about everywhere. This was one of the hottest items on a lot of peoples Christmas list and it was challenging trying to find them. My wife and I literally drove around for an entire day to track these down. If you were one of the lucky ones or maybe not so lucky ones who purchased these, you’re probably going to want to sell the old ones and upgrade because the new AirPods 2 are rumored to be released in 6 months.

Apple’s cordless in-ears are also still expected to be updated with hands-free Siri capability, discreet “health monitoring functions.” This is in line with previous rumors of the AirPods 2 packing biometric sensors for fitness tracking..

The entire wait for the new release is more than likely because of Apple’s wireless charging pad that they teased us with back in 2017, but here’s why everyone is excited about the new rumors.

With that news it seems like the rumors are true and Apple will be releasing the Apple AirPods 2 soon with the new wireless charging pad. Lets hope these rumors are true because the new line of Apple AirPods sound amazing. I’ll probably just take over my daughters old pair and buy her the new ones once released, but it will have to be before Christmas because I really don’t feel like spending another entire day searching for these around the holidays.