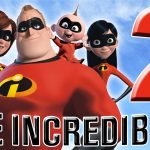 Disney has officially released the The Incredibles 2 cast & characters and I’m excited!

This is one of my all time favorite animated films, if not one of my all time films period and I’ve been patiently waiting for the sequel. This is one of those movies where they better not mess it up. It’s that important to me. My daughter and I would watch this movie at least 4 times a day, every day, so we have high expectations for the film. Yesterday Disney released the cast and characters and just by looking at that.. I think they will knock this out of the park.

The voice cast for #Incredible2 is super! pic.twitter.com/qYl0eAPlZs

Here’s a fans reaction and breakdown of the cast

And here is the teaser trailer