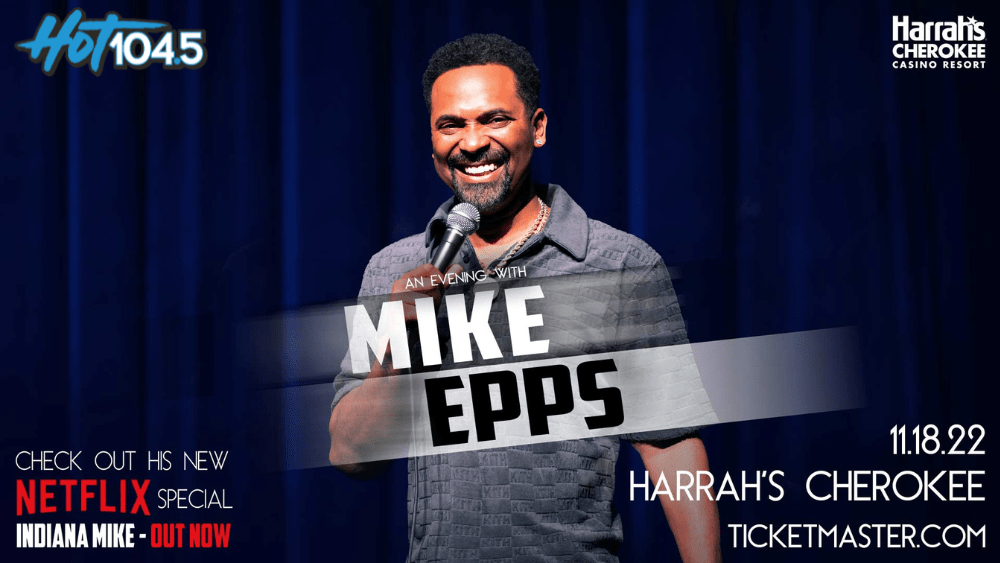 Join us for a hilarious Evening with Mike Epps at Harrah’s Cherokee on Friday, November 18th!

Epps is an integral player in Netflix’s comedy scene with six stand-up specials, including his most recent release, Indiana Mike! Epps also stars in and produces Netflix show “The UpShaws”, highlighting not only his poverty-stricken childhood but also the ways in which comedy saved his life.  In 2019, Epps tag-teamed Golden-Globe nominated film “Dolemite is My Name” with infamous comedian Eddie Murphy.  Don’t miss Mike Epps on his standup tour this fall!

Tickets on-sale this Friday at 10am at Ticketmaster.com.

Register for VIP Club
It looks like you are not a member of VIP Club yet. Please fill out the form below to access the page and join the VIP Club
+ Google Calendar+ iCal Export