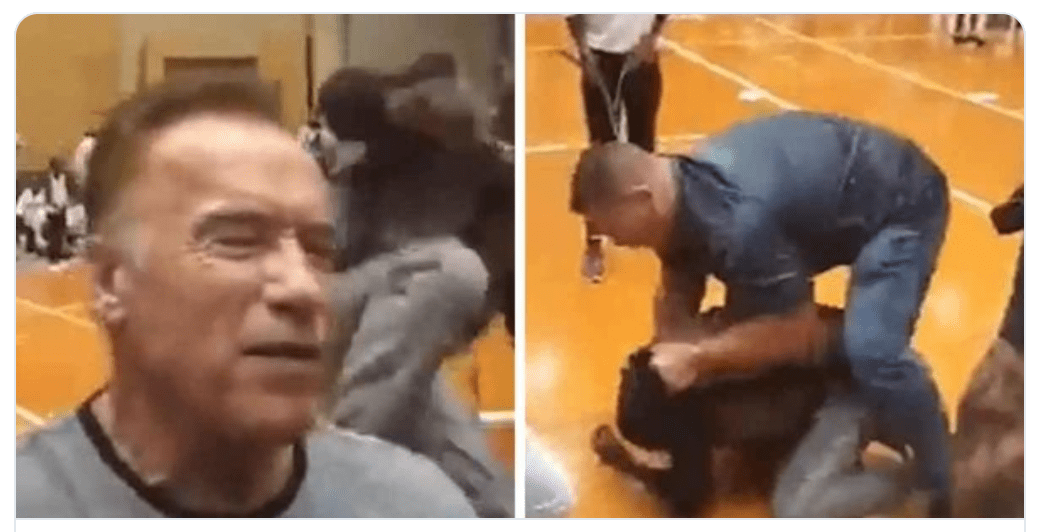 Some idiot tried to sneak Arnold Schwarzenegger with a drop kick during his charity event in South Africa.

So this one idiot ruined the fun
Why would he kick him like that pic.twitter.com/mKAkQIuSHc

Apparently in South Africa they believe the Terminator is real! Arnold Schwarzenegger got DROP KICKED! pic.twitter.com/QJaUNG0wVl

As you see, Arnold barely moves! He may ACTUALLY be The Terminator (T-800). His reaction is more of “WHO THREW THAT PEBBLE?!”

Thanks for your concerns, but there is nothing to worry about. I thought I was just jostled by the crowd, which happens a lot. I only realized I was kicked when I saw the video like all of you. I’m just glad the idiot didn’t interrupt my Snapchat.

Safe to say, he’s ok and no worries South Africa, he’ll be back.

Do me a favor: instead of sharing the video of the guy who wants to be famous, watch some of our @ArnoldSports athletes like this young hero proving that fitness is for everyone who deserve to be famous. They’re on my Snapchat. pic.twitter.com/EuMynJ7t1n