Today show host Hoda Kotb announced that she has adopted another child. The morning show co-host shared the happy news on Tuesday’s broadcast that she has welcomed a second daughter named Hope Catherine. Kotb is already mom to 2-year-old Haley Joy, whom she adopted in February 2017.

“It’s a girl! It’s a girl,” Kotb, 54, said calling into Today. “I can’t believe that I’m here! I’m so happy to be here.” Kotb continued, “You think that you’re full…and [my partner] Joel [Schiffman] and I were standing there when they hand you the baby and it’s the closest thing to a live birth I think you’ll ever see. But in that moment, I was like, ‘My God! My heart just grew three times.’ It’s amazing. I can’t believe it’s happening, y’all.”

During Kotb’s call, the rest of the Today show team congratulated the new mom-of-two. “We just can’t wait to love her and wrap our arms around you,” said a visibly emotional Savannah Guthrie.

Watch Kotb’s baby announcement in the video below. 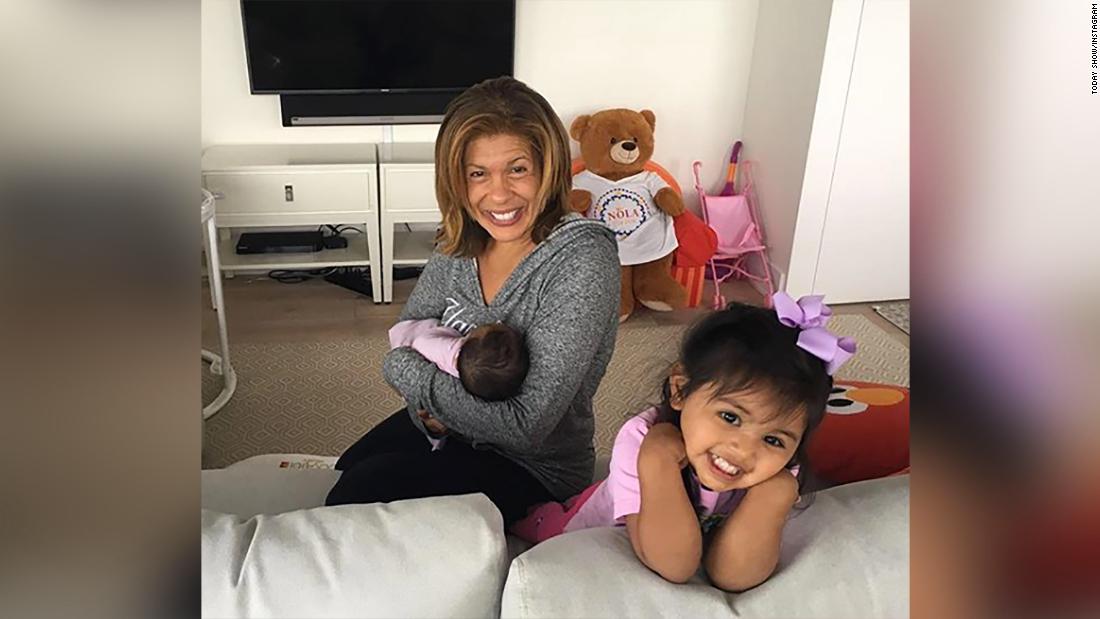