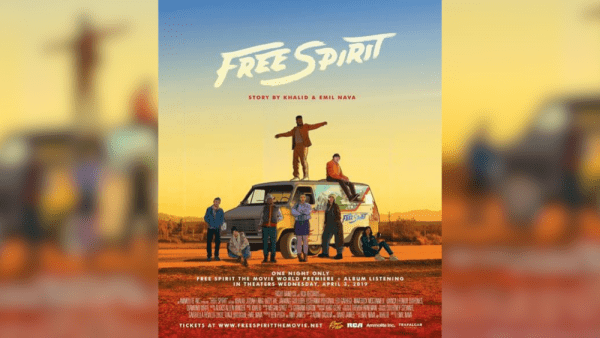 It was two years ago when Khalid dropped his first album and since then the hit maker has went out to perform at just about every major festival on the planet and has recorded songs with artist like Logic, Halsey, Normani and more. Khalid was also nominated for 5 Grammy awards and several other awards. He has made an impact on the music industry and now with the approaching release of his sophomore studio album, he plans on doing something completely different.

Here it goes!
I shot a short film for the album!
In theatres worldwide on April 3rd for ONE day only and includes an album listening!!!
Tickets/more info coming soon! Love u guys pic.twitter.com/KYMSZsOmVe

hey guys! For my second album I wanted to do something special for you all so I shot a short film for the album! Its in theatres worldwide on April 3rd for ONE day only and includes an album listening!! I’m no actor, but honestly, shooting for Free Spirit was so much fun and stepping out of my comfort zone inspired me A LOT. I’m so anxious and excited it’s killing me hahaha!!! A link to sign up for more information is in my bio! Tickets/info out soon. Love u guys sm

Khalid will also make his SNL debut as a musical guest on the upcoming 8th of March date.

Coming to #SNL in March!