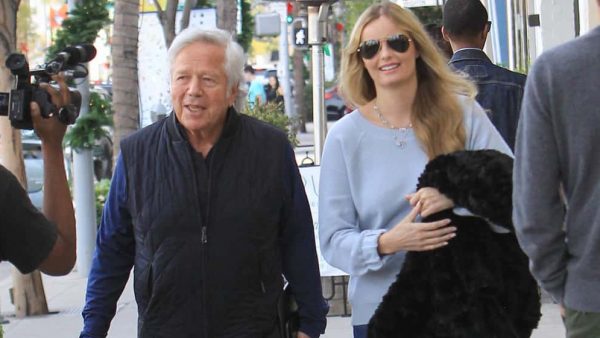 MORE: Authorities, who set up hidden cameras at the day spa, said there’s video evidence of all of all of the suspects, including Patriots owner Robert Kraft, participating in the alleged acts. https://t.co/bHHgDtkivI pic.twitter.com/Lv9laROJ9M

For his part, Robert Kraft has denied the charges through his legal team

No sign of Robert Kraft outside of his house in Brookline. Here’s the statement from his spokesperson @NBC10Boston pic.twitter.com/QqBKMgdXE0