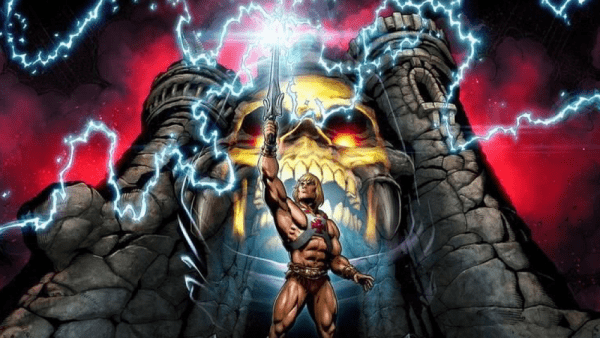 I had all of their toys. (ALL OF THEM)

When the news came out that Sony was working on bringing Masters of the Universe back to life after requiring the film rights, I was extremely excited, probably more than anyone on the planet. Over the years, production dates and different directors have changed several times, but it now looks like we have some of the major pieces in place, minus the casting of the film.

Updated production schedule and location for Sony’s MASTERS OF THE UNIVERSE, from the directing duo of Aaron and Adam Nee. Principal photography is due to get underway mid-July in Prague. pic.twitter.com/KUL2InPEU8

Aaron and Adam Nee have joined the film to replace McG, who left the project in 2017. At the same time, Sony hired David Goyer to rewrite the script. There were rumors Goyer would also direct, but he left to pursue other projects. In January, Sony brought on Art Marcum and Matt Holloway to rewrite the script again.

According to Geektytrant here is a description of the film

King Randor will be presented as the great warrior-king of Eternia, a descendant of the Grayskulls, and the father of two sons: Adam and Keldor! As the film begins, Keldor is the chosen heir to the throne and his brother, Adam, is young, unfit and a bit of a black sheep. Where Adam’s relationship with his father is strained, Keldor is the epitome of a perfect son, beloved by his father…until the fate of Eternia is put on the line. With his kingdom on the line, Randor puts his people first, betraying Keldor, inciting the series of events that leads to him becoming the iconic Skeletor!

The film will follow the meek and uncertain Adam as he assembles a group of heroes to take on his fallen brother and his collection of cronies. As you might expect, some familiar faces will be joining Adam in the fight.

For more information of the characters you can find that >HERE<

So there you have, lets hope they don’t mess this up like the previous attempt from 1987 staring Dolph Lundgren