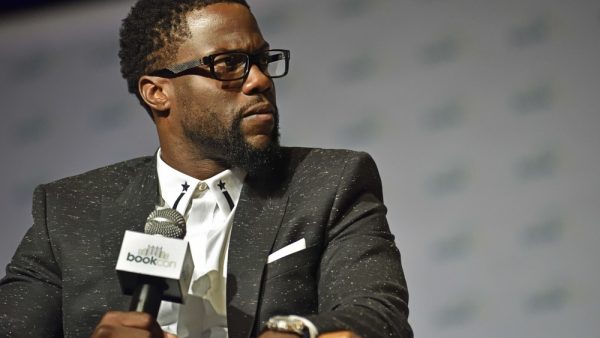 If you were holding out hope that Kevin Hart would agree to host the 2019 Oscars, it’s not happening. This morning on Good Morning America he was very clear when Michael Strahen asked the question where he would consider hosting the awards:

When asked if he is hosting the Oscars this year, Kevin Hart says “No,” and that it’s too late to prepare. https://t.co/rJdwa6gp1L pic.twitter.com/CUnD20LbK2

“I want everybody to know I’m done with it…I’m not addressing it anymore…”@KevinHart4real on the #Oscars controversy and backlash over past homophobic comments, jokes and tweets: https://t.co/H7qgNuSWji pic.twitter.com/9ivjnrbMut

Kevin Hart says he’s done apologizing during tense sitdown with @GMA‘s Michael Strahan: “I’m over it. I’m not giving no more explanation of who I am. I’m just done.” https://t.co/twh6mF6Opl pic.twitter.com/cOPvq11LWE

“I’m not giving no more explanation of who I am.”@KevinHart4real one-on-one with @michaelstrahan, responds and talks #Oscars controversy: https://t.co/W1vUNMab63 pic.twitter.com/Wus0zViVry